Observatory for ideas 2D is organizing a competition on the topic of “Star Cities”. The eligible competitors can be children between 10 and 15 years of age from Gabrovo. The sessions with the children will commence in February 2019 (times and dates to be specified later). The competition will last for 7 Sundays and will be held at the premises of YMCA – Gabrovo. We will invite mentors from various scientific communities to support the children in the implementation of their ideas. At the end of the project a competent panel will award the distinguished participants.

The children will be divided into 3 teams, each team of 4-5 children. The children eligible to participate will be the first 15 who have enrolled for the “Star Cities” Competition by the 18th of February 2019 (with parental consent). You can enroll via email: contact@2dbg.org. Please, email us the child’s full name, the name of the school and the grade, and a parent’ telephone number. You can also use the form below to enroll.

Free snacks and beverages will be provided for the children by Vanilla - Gabrovo, as well as free transportation for two of the sessions, which will be held outside the premises of YMCA-Gabrovo.

The winning star city model will be exposed in the central hallway of Astronomical Observatory and Planetarium – Gabrovo, so the guests and citizens of our wonderful town could see it up-close.

You can enroll your child by filling in the form below.

This film shows one of many options how the landing strip on Mars would look like and how it could be developed to serve multiple human expeditions to the Red Planet within 10 years.

NASA showed how the extraterrestrial homes of the future on Mars would look like.

Three years ago NASA started a competition for 3D -Printed models of habitats, suitable for life on Mars. Out of the numerous participants in the 3D-Printed Habitat Challenge, divided into 18 teams, the US Space Agency and its partners from the Illinois University short-listed five projects. One of the main challenges before the participants is not only to have an idea how the extraterrestrial homes would look like, but also to work with specialized software tools, refining wall thickness, air tightness, heating, etc. in order to endure the harsh conditions on Mars.

At this stage of the competition, the five teams have shared a prize fund of 100,000 dollars, reports engadget.com, where the two best teams received 20,957.95 dollars. One of the teams, Zopherus from Arkansas, presented a habitat made of portable 3D printers which could deploy facilities for the extraction of local construction materials. 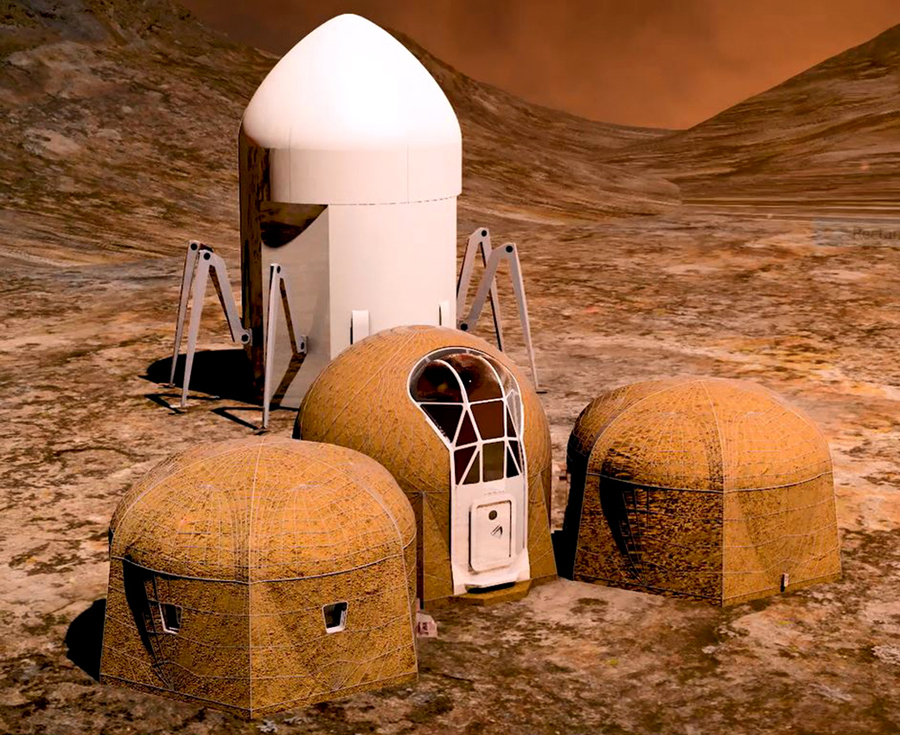 SpaceFactory from New York, on the other hand, designed a cylindrical habitat for maximum usable space.

The ‘bronze medalists’ in the competition – the Khan-Yates team from Jackson, Mississippi, presented a Martian home designed to withstand dust storms, with semi-transparent spots on the walls to allow for a well-lit environment.

The fourth place is held by the team SEArch + / Apis Cor from New York, whose proposed habitat is both very well-lit and highly resistant to radiation.

By continuing to use the site, you agree to the use of cookies. more information